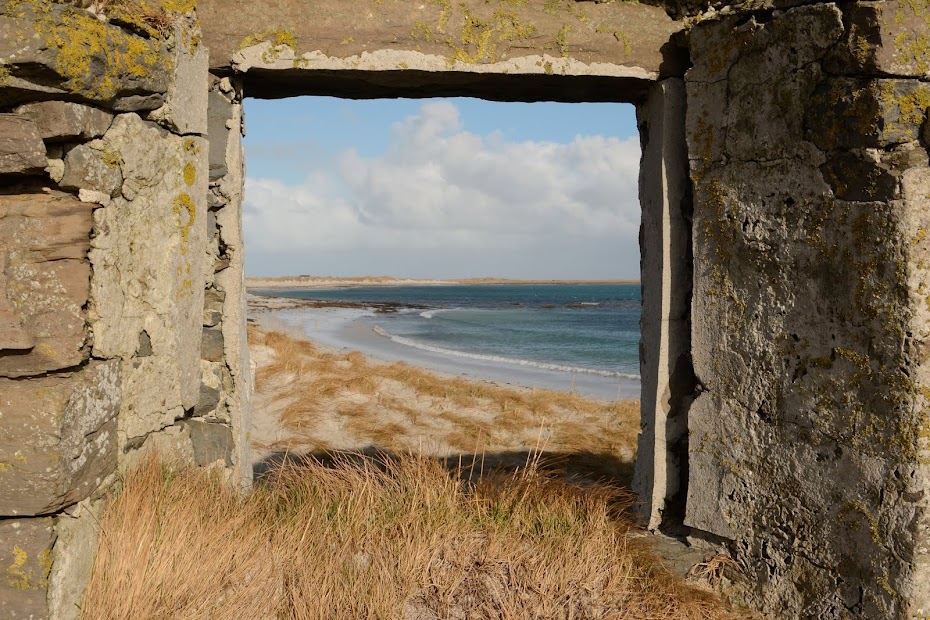 Puffins .......at last i have found them on Sanday , two groups one group of 23 and one group of 17, awesome little birds and so glad i have caught up with them. The Black Guillemot are doing really well and according to my diary i have now counted 48 active nests , and thats only part of the island so i hope to get out nd do some more counting soon. Other auks that are doing well on Sanday are Razorbill with a few chicks now being fed regularly.
Arctic terns are doing exceptionally well with over 5 sites and i estimate nearly 350 pairs !!!!!!!
Fulmars are still sitting tight on eggs and i hope to see some chicks soon as they near the end of their incubation. Gulls are doing well and are about to fledge all over the island .
The short eared owls have now got chicks and i hope when they fledge that i will get the chance to photograph them . I am still seeing Hen Harrier daily but i dont believe they have bred on Sanday and i think they are just young birds or failed breeders.
Otters are giving plenty of opportunities and I see them everywhere, I took a group of photographers to get up close with them and that we did ,  a mum and a cub stayed very close and played in the surf . The clients were very happy with their experience.
Posted by Adam Hough at 22:39 No comments: 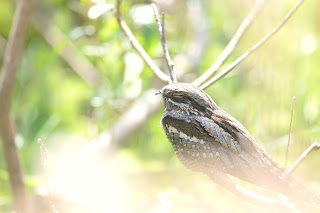 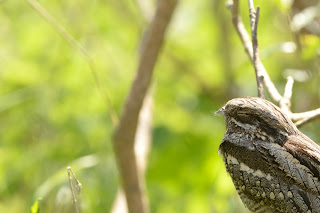 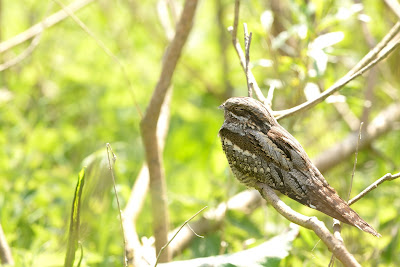 So many birds so little time , so I will start with Short eared owls , have fond now three territories that are going well mating seen at two territories and one pair courting. So all is looking good for the shorties this year . Will keep you updated.
Arctic Skua are doing well I have a gorgeous pair that i witnessed mating and chasing off anything that moved in their field, One of the pair is a light bellied form and the other of the  pair is a dark bellied form so i will hopefully get photos of both.
Great skua are doing really well and you cant walk down a beach without one whizzing pass your head. Waders are now settling down on eggs and be careful around the Oystercatchers as they are starting to dive bomb people. 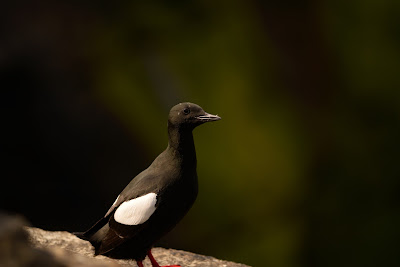 This beautiful bird is a black guillemot and are currently looking for nesting sites on the cliffs. I have started conting the shag colonies around the island and i am up to 63 pairs so far which is a great number :)

We have had our first fledglings on Sanday , as i have mentioned in previous posts the Ravens start breeding early. They have now started leaving nests, I got to witness my first flight by a Raven which was very nerve racking as the nest is placed 50ft above the sea on a cliff. I thought i was going to shut my eyes at one point but the little Raven did a great job and manged to get back to the top of the cliff. Over the next couple weeks they will get stronger and fly further until they no longer rely on their parents for help. 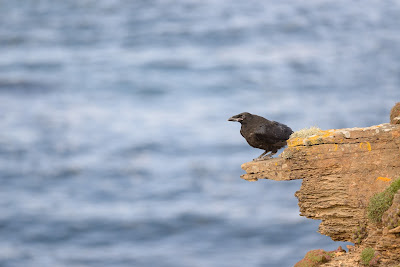 Picture of one of the Raven fledglings.

Lots of other birds are starting to display and breed , Eider and Black Guillemot are two that i have noticed lately are going at it like its valentines day.
Have seen more migrants with Hirundines such as Swallow , House martin  and Sand martin numbers  are increasing daily. Arctic Skua and terns numbers are also on the rise and i have seen dark bellied and light bellied forms of the Arctic Skua which is nice.
Hoping to get some shots of a Great Northern Diver this week who is currently moulting in to its adult plumage and looking stunning, so will bring you that as soon as i can.
On a floral note i have a good number of Primula scottica so will be taking photos of these Scottish Primrose this week as well.

Adam Hough
As a lover of animals since a young age I have always been out and about , I have always been a keen birdwatcher and in recent years have taken up photography with the help of a couple of mates. my main interests are owls and birds of prey but as you will see I love everything .